On our third day we decided to head a little way out of the city.  We had chosen the town of Marinilla, less than an hour out of Medellín, as our destination.  The first part of the trip involved getting from our hotel to the Northern bus terminal. 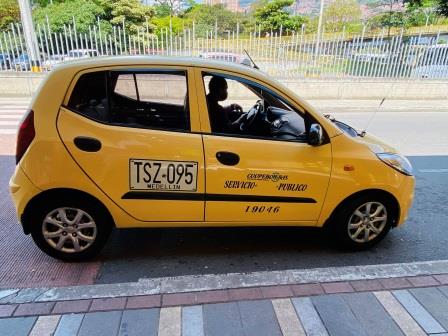 Although the bus station was accessible by metro, we were in a bit of a hurry, so we decided to take a taxi. Medellín is well served by a fleet of yellow taxis; they can be easily hailed on the street.  Most of them are small 4-seater Chevrolet vehicles and all of them have meters.

There were also larger “white” taxis used for longer distances, notably to and from the Medellín’s José Maria Córdova Airport, 12 miles to the east of the city.   The fixed price of 90,000 COP included the toll for the Túnel De Oriente (2019), the impressive 5-mile-long tunnel that has cut the journey down to about 30 minutes.

Our taxi ride out to Terminal Norte took less than 20 minutes.   Like most countries in Latin America, Colombia relies heavily on buses for inter-city transportation.  Medellín has two bus terminals; Norte was the busier one, serving buses that go to locations north and east of Medellín.

The terminal had more than 50 ticket windows with many different bus companies providing services to more than 100 destinations.  Nevertheless, they were all clearly numbered, and we soon found the one for Marinilla.  We got three tickets for the next service and made our way outside to board the bus. 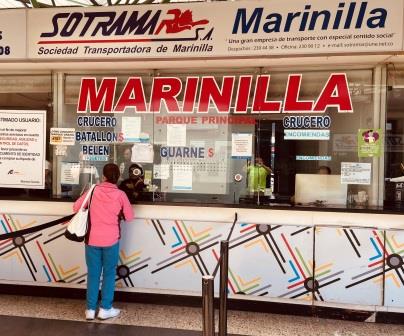 The 25-seater bus was almost full.  The journey was mostly along the main Medellín to Bogotá motorway which spiralled out of the city to the northwest. We made a few brief stops along the way and at one of them a guy selling vitamin supplements joined us, eventually coming to every seat trying to sell his wares.  Within an hour we had pulled up at Marinilla’s little bus depot. 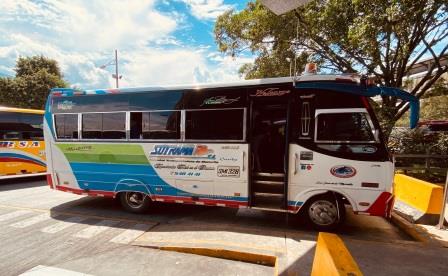 We walked the short distance to the centre and sat down for a coffee in the main square.  Marinilla is a typical small Colombian rural town with around 55,000 inhabitants. 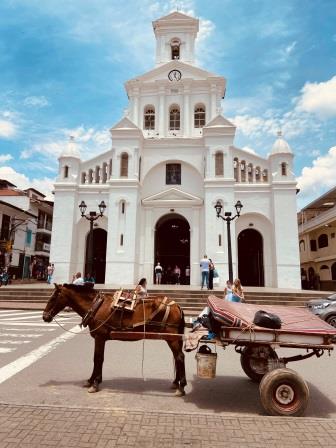 The guide books suggest that the town was founded in 1680.  Apparently, it is known by some as the “Colombian Sparta” as it has been involved in almost all the country’s wars.  It was one of the first towns to offer soldiers to fight alongside Simón Bolívar.

As we walked along the town’s main pedestrianised street, we sensed a different vibe about the place compared with Medellín.  In some ways it felt a bit upmarket, the restaurant prices seemed a little higher and there were shops selling craft beer.

Further along the main street we found the “Casa De La Cultura” housed in a beautiful old building decorated by murals.

It is home to the Museo del Cristo, which apparently has the world’s largest collection of crucifixes, around 2,700, on display. 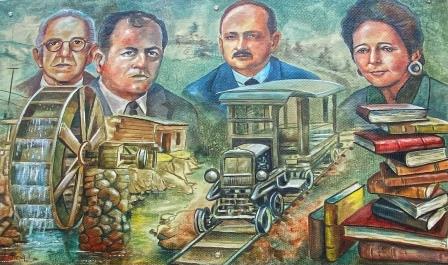 A walk out of town

Sadly, we didn’t have time for the Casa De La Cultura. In fact, one of the main reasons we had come to Marinilla was to get out of it and make a longish walk in the surrounding countryside. 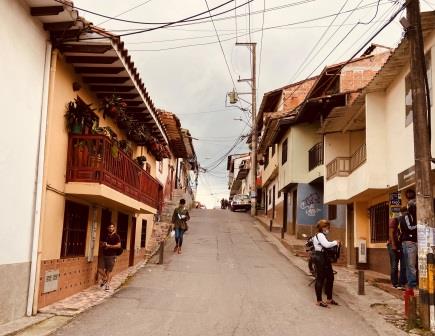 We walked away from the centre and set off on what we thought would be a circular walk through the countryside and back to the town. 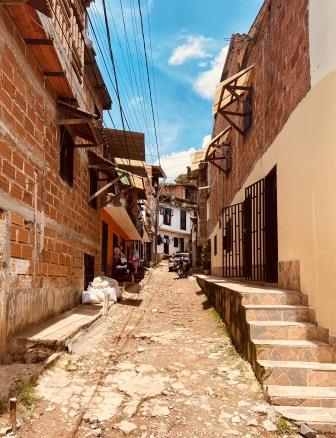 Soon we were at the edge of the town. We climbed steeply up a main road; and then after a mile or so we branched off onto an unpaved lane.

We were soon in open countryside. There were farms set off from the road, but apart from a few stalls there were no buildings on the road itself.

The scenery was quite stunning. Rolling green hills stretched out as far as the eye could see.  This was, we understood, a typical Antioquian landscape.

The Department of Antioquia, one of 32 in Colombia, covers the North-western part of the country and includes a narrow section bordering the Caribbean Sea.

Much of it is mountainous, forming part of the Andes range, with valleys in between.  The population of Antioquia, including  Medellín, is around 6.6 million, just over 10% of the country.

Colombia itself is surprisingly well-populated, with over 50 million citizens, it takes third place in Latin America after Mexico and Brazil. 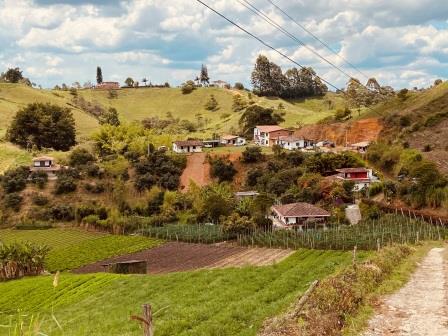 For more than an hour we continued up the unpaved lane passing by the gate of farm after farm. The farms, fincas, were all numbered; we had started at finca number one and by now we were in the high teens. 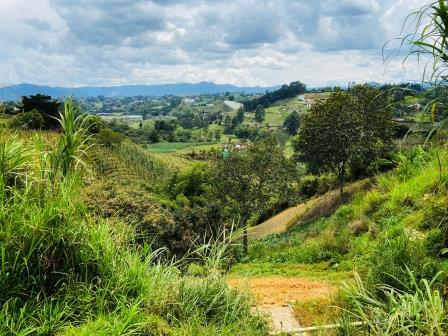 As we walked along, we tried to identify the kind of crops the farmers were growing in the fields.  As well as being the 4th largest coffee producer in the world, Colombia grows a wide variety of vegetables. 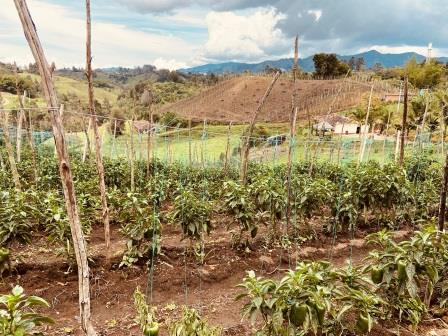 Although the greatest value of the country’s exports is represented by petroleum, it also supplies the rest of the world with cut flowers, bananas, rice, tobacco, corn and cocoa beans.

We were now almost two hours into our walk. Occasionally we were passed by motorcycles, cars, and small trucks, but it was only towards the end of our walk that we came across a few people walking in the opposite direction along the lane.

We had originally intended on working in a circle, but now we realised that it might be better to double back.  Yet none of us fancied walking the same way we had come, so we decided to hitch back. 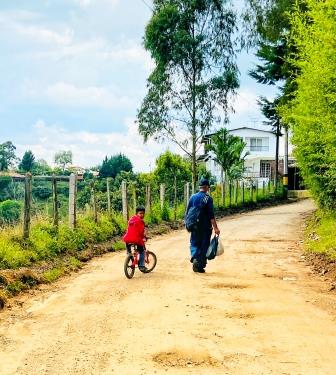 Fortunately, the first driver to appear on the dusty road agreed to take us.  Unfortunately, his vehicle was a truck carrying empty gas cannisters.  Nevertheless, we clambered on to the back and endured a rather uncomfortable journey along the bumpy road back to Marinilla.

We arrived back in Marinilla in time for a late lunch.  No sooner were we inside the restaurant than it started to rain. Rain had been forecast for the previous two days as well but it had never materialised.  Now the heavens opened.

After an hour or so, there was a brief lull in the downpour, and we made our way back to the bus station.   The rain returned half an hour later when were safely back on the bus back to Medellín.  It didn’t stop until we were back inside the city.