The winter term at ACA finished spectacularly with a Christmas Party held, rather lavishly, at the plush entertainment complex and hotel called Chizanso. It was near Edogawabashi station.

It wasn’t a bad party actually.  It was certainly better than the Halloween do. The students were really well dressed in their kimonos and seemed a lot more laid back and approachable than at the previous afternoon event.

I spent much of the evening talking to an 18 year girl; a prospective student who had just returned from staying in London. She was very nice and she told me she had loved her time in the UK. 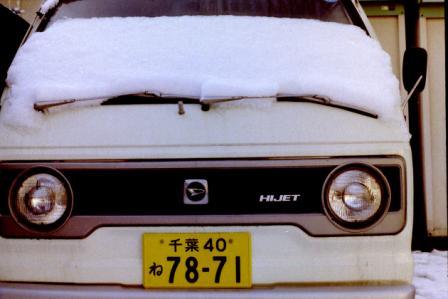 At the end all the teachers had to climb onto the stage and sing “White Christmas” whilst holding pen lights. It was daft, but we were all a bit drunk by then and we got into the spirit of it.

I came home on the train with Sonia from New Zealand.

I spent the afternoon preparing lessons for the coming intensive lessons at ACA.

Dave and Sachiyo moved out.

Andrew and I moved into the larger tatami room that they had vacated.  We now had the biggest and best room in the house. It was much lighter and had more storage space.

In the evening I went to a party held by Dave and Sachiko in their new flat in Higashi Ikebukuro.   Their apartment was tatty but it was also quite big.  It was located next to a very large cemetery so it was quiet.

Before the party I went to a Noh performance with Sachiko and her friends. I found the Noh boring and not at all like Kabuki.

All the other guests were trainee Japanese teachers from Sachiko’s class at the Takadanobaba language school. There was an elderly man and 4 younger girls. One of the girls was called Aiko and I spoke with her for a long time. She was 27 and had decided to quit her job as a clerk and try to study how to teach Japanese.  She was living in western Tokyo with her parents. We agreed to meet up again. 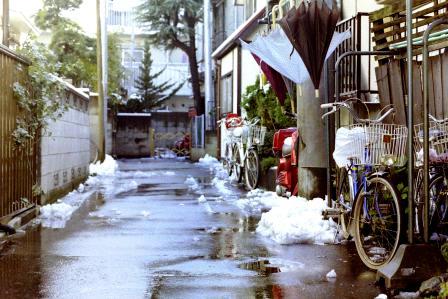 No regular classes at ACA were scheduled for three weeks.  This meant that the normal students could not come to classes again until 10th January.  It also meant that the teachers were free not to come in and teach until then either.  But this did not mean there was no teaching work at ACA. In fact there was more work than ever!

ACA used the 3-week break to make even more money.   It scheduled what it called “Intensive” lessons over the holiday.  The intensives were 4 or 5 days of lessons that lasted 3 hours each day.   A week of intensives were offered before the main public holidays for New Year and then another week was scheduled afterwards. The students could choose from three-hour lessons starting each day at 9am, 1pm or 7pm.

The school charged more money for the intensive classes and it offered them both to regular students who wanted to progress quickly or to completely new students straight off the street.  It repeated this pattern over a similar 2-week break in April for the “Golden Week” holiday and for the obon summer holidays in August as well.

Many of the older teachers saw the 3-week break as an opportunity to head for the beaches of South East Asia or to head home to see families. For the more recent arrivals, like me, teaching 9 hours every day was a great  opportunity to improve the bank balance.

The added attraction for the teacher was that you would be teaching the same group 3 hours a day for 5 consecutive days and you would be able to bond a little bit better with the students.

I started my first week of teaching intensives.

From 9am until 12 I had three university students. They were nice lads and they made a lot of progress describing their actions and their feelings over the week.

From 1pm until 4pm I had two girls.; a pretty office worker and a younger teenage student. They were purple but they knew quite a bit and they were easy to teach.

From 7pm until 10pm, there were three more girls: Masako, Hideko and Eriko. Masako was going to London, Hideko was going to New York and poor old Eriko was staying in Toyko. Ironically Eriko had by far the best English.  They all made progress but as they were all at different levels it was quite a tiring process.

My Japanese lessons continued on Tuesday and Wednesday morning.

It was a normal day in Japan, but I found some Christmas wrapping paper and decorated my desk with it. I also brought a little bit of food from home for the students.

I also went around attacking people in the staff room with the tiger paw gloves that Tomoko had bought me for Christmas.

The camaraderie amongst the teachers was excellent during the intensives.  There were fewer of us than usual and we made sure it was really relaxed and enjoyable.

After the lessons were over on Friday some of us stayed up all night touring the bars of Shinjuku. We accidentally bumped into some students in one bar and I ended up back at New Zealand Richard’s flat in the arms of one of them.

A lesson with Tomoko.  I was hungover.  I wore the tiger gloves but she didn’t learn a lot.

In the evening Andrew, Dave, Sachiko and Shige and I went to a small party together. I fell asleep and had a chance to practice my Japanese directions in a taxi on the way home. 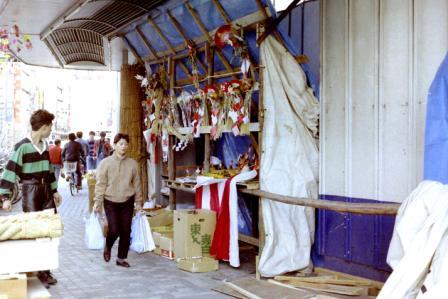 I met Aiko for our first date at the Sunshine 60 coffee shop. We talked all day and then had dinner together. I saw her to her train at Takadanobaba station and we agreed to meet again.

I went off  to Shinjuku with Andrew to look at the book stores. I met Michael  and Tim  from work in the store and we chatted for a while. I didn’t really find anything interesting. 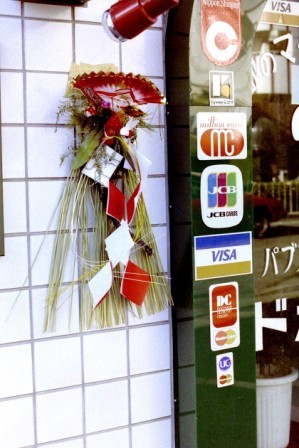 We went off to Nakano and we stumbled on a party at Richard’s books.

Richard’s Books was a second hand book shop run by an old bearded American chap. He was dishing out free chicken and potatoes that day so we had some. I got good copies of Howard’s End, Death of a Salesman and As You Like It.

On Monday evening we went to see The Living Daylights, me for the second time.

I did nothing and nothing much happened.

I read the new books

Our old tatami room next door had been taken by Elsie, a Canadian girl, and a Swiss girl, Bigi.

2 Israeli hostesses, Cigeret and Efret, were in one of the western rooms at the back upstairs.  April was still in the other back room, but she was now sharing with Antonio the Italian who spoke very good Japanese and had come to Tokyo to learn more.

Napoleon was sharing the shed with a Swedish guy studying for a black belt in karate. He was called Robert and his accent sounded positively Welsh to me.  I asked him several times whether he was sure he was not from Cardiff.  He insisted he was Swedish.

There were two Swiss guys in our original front room. One did nothing at all and the other taught English.

Finally, in the back room downstairs by herself there was Yumi, a Japanese girl who was working as a travel clerk.

I had a very strange New Year’s Eve. 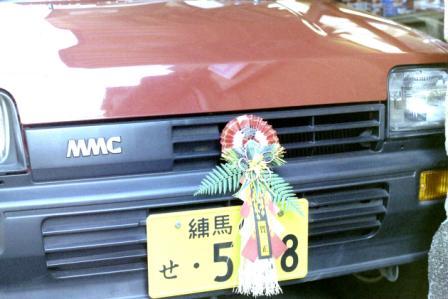 I went with April, Elsie and Yumi to the Meiji shrine. It was very controlled and quiet even though there were actually lots of people there. The atmosphere was religious and in no way euphoric like a regular western New Year’s Eve crowd.

We eventually made it to the front of a long queue and joined the rest of the crowds throwing coins into the box at the shrine.

Yumi then bought a piece of paper that she explained had her fortune on it. She read it and then tied it to a tree. She told us that by tying it to the tree you were hoping it would come true.

The food on offer was delicious and included roast potatoes on sticks, okinomiyaki and hot coffee. It was the first time in my adult life that I had ever been sober on New Year’s Eve.

The Japanese idea of New Year was totally different to the western one. There was no real focus on midnight but more on the days that came after.  There was an emphasis on celebrating the first time you do things: the first sun rise, the first day of the stock exchange, the first this or the first that. 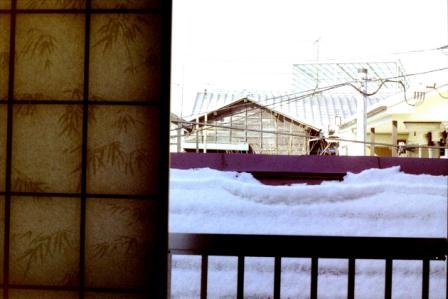 I did very little.

The New Year’s celebrations were to go on on for a few more days.

Aiko came round in the afternoon and brought us some of the traditional O Seichi Ryori (New Year food consisting of fish and boiled vegetables).  We enjoyed it but it wasn’t really enough so we all  went for kaiten sushi (sushi presented on a conveyor belt) afterwards. 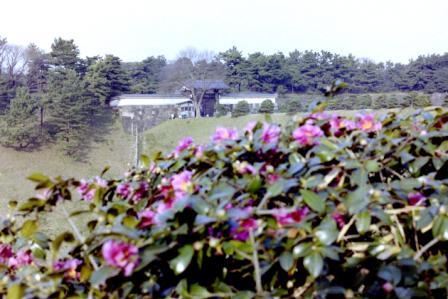 The gates of the imperial palace were opened up for one of only two times in the year (The birthday of the emperor was the other one).  Andrew, April and I went along to have a look. The palace looked very beautiful but there were lots of police standing guard and not really a lot to see.

Tomoko came round for her first lesson of the year. 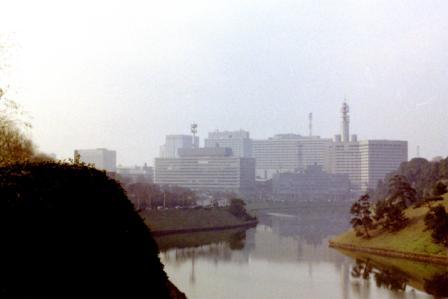 She brought donuts for me. Andrew thought it was amusing, coming so soon after the Christmas present, and made fun of it.

April chastised us both and told me that Tomoko had a crush on me and obviously I was guilty of encouraging her.

We discussed it with April but we didn’t get very far with her.   In her eyes I was clearly in the wrong.

Aiko and I went down to Kamakura on the train. We went out on the Toyoko line, toured the town and visited the large Buddha. 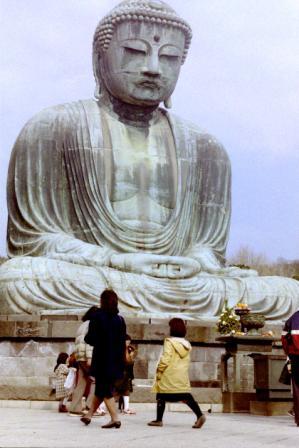 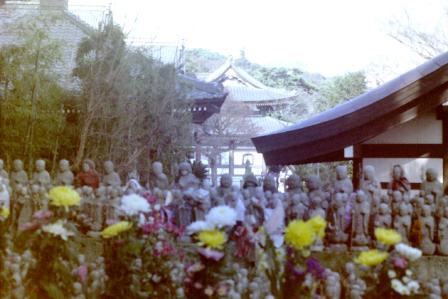 Hatsumode was still in full swing and the temples were being visited by women in beautiful kimonos.

We had a delicious tempura meal in a traditional Japanese restaurant and sat together in a garden for a while before returning on the train. 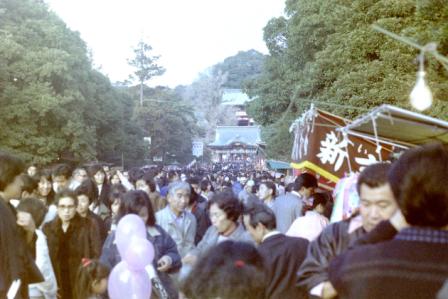 I went back to work teaching the intensives again, but this time only taught 6 hours a day.

At 9am I had an old man and a young girl.  They were both purple.  He was deaf and 71 and she was 18 and wanted to giggle and talk about skiing. It was a challenge.

In the evening I had 3 hours of 3 women in their 30s at pink level. They were great and restored my faith in teaching. One was a surgeon, one was a computer programmer and the third a housewife. They also restored a lot of my faith in the changing position of women in Japan

I decided I really liked the intensives.  It was great to have the same students day after day and the camaraderie of the teaching staff was great too.

The New Year finally came to an end.

It was Efrets birthday and we went to One Lucky for the first time in 1988.