Undoubtedly the best part of Medellín’s new public transport network is the cable car. There are six lines in total. To show that they are a key part of the Metro system they are branded “Metrocable”.

Although one line serves as access to a national park and charges supplementary fares, the other five are integrated into the fare system and their stations offer easy interchange with the trains and trams. 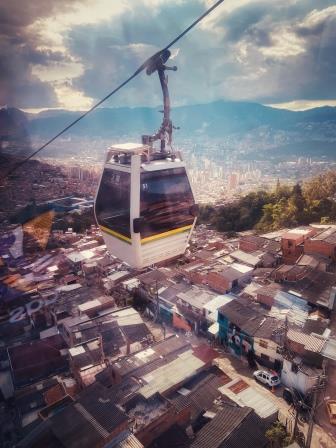 The first cable car line (K) opened in 2004 less than ten years after the first Metro. It is an ingenious solution to transportation for the underdeveloped barrios built on the steep hillsides of the Aburrá Valley. Before the cable cars, travelling by bus up and down the steep roads was incredibly difficult, some journeys took more than two hours.

During our stay, we used the cable cars several times, beginning with a journey on line J up to La Aurora from the Metro station at San Javier.   This was the second line to be built; following on quickly from the success of line K and opening in 2008. 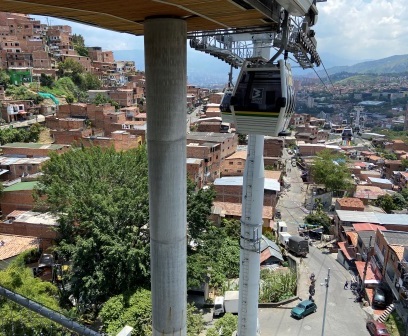 We travelled up mid-morning and got one of the gondolas, which seat can seat around 6-8 people, to ourselves.  With a total length of 2.7km, Line J is one of the longer lines and has two intermediate stations. At both stations the doors automatically opened, but no one got on or off. 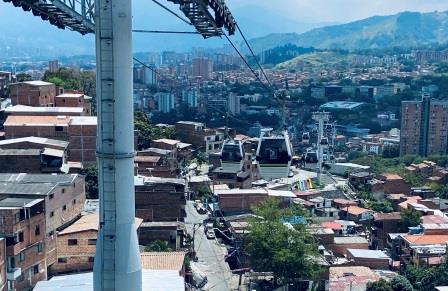 The ride was smooth and the views of the labyrinthine barrios below were outstanding.  It was pretty quiet too, but occasionally the sound of music from the streets below drifted in, adding to the atmosphere. 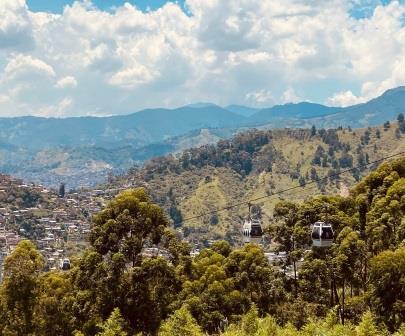 Interestingly, the line initially climbed over one peak before descending into a valley and climbing once more up to La Aurora.  The whole journey, at an average speed of around 10 mph, took less than 10 minutes. Once at the top we took in the view and had a little walk around.  There were new high-rise flats here under construction; proof that the rest of the city is easily accessible.

It was busier descending: we shared our gondola with two young families. We chatted with them as we floated above the rooftops; it is nice to see that the Metrocable is also quite a cool way of getting strangers talking to each other.

After descending and then ascending again, we got out at the second intermediate station, Juan XXIII, and walked back down to San Javier on foot.  It might once have been easy to have got lost in the zigzagging streets, but we found that all we needed to navigate was to look up to the cable and generally follow its course to the bottom.

Our second trip was on the shorter Line H which stretches up1.4km from the tram terminus at Oriente to Villa Sierra via one intermediate station at Las Torres where the line turns almost 90 degrees.

Like all the other lines, the system was constructed by the French company, Poma, and works on the single cable principle with each gondola fitted with a detachable grip.

We noticed that quite a few local people were choosing to stay in the gondolas and ride straight back down. We got off but didn’t linger too long at the top, just enough time to appreciate that we were almost at the top of the hillside and right at the edge of the city, with spectacular views back down towards the centre. 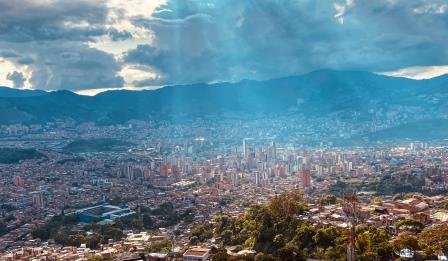 Our final trip was on the even shorter, 1.05km, Line M, only opened in 2019.  We journeyed up from Miraflores via the intermediate station of El Pinal to Trece de Noviembre.

For some reason there were a lot more people boarding the cable car at Miraflores on than anywhere else we witnessed.  For the first time, we waited more than 10 minutes to get on.

We had a little wander around the top and then after a beer in a little park overlooking the city, we decided to walk back down through the barrio to Miraflores. 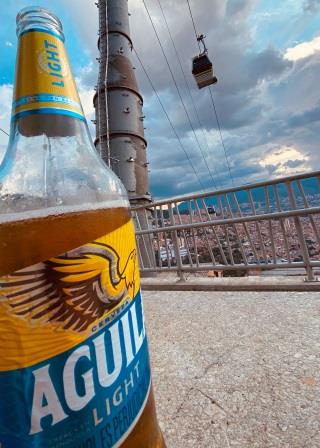 For most of the way down we were descending stone steps with houses on each side.  It was a fascinating glimpse of life in the densely populated working-class barrio.

At first, we wondered if it might even be a little dangerous, but once we began exchanging greetings with the friendly locals and walking past young families enjoying themselves, we realised it wasn’t.  As we walked down, we saw people having parties in their houses, playing football outside and generally enjoying themselves. 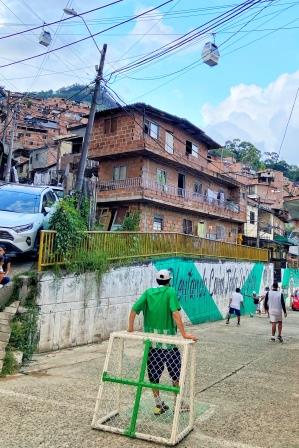 Academic studies have suggested there are strong correlations between the opening of the Metrocables and dramatic reductions in crime.  Medellín is obviously a much safer destination than it was; we never felt threatened anywhere. Nevertheless, it is still necessary to be vigilant, especially after dark. 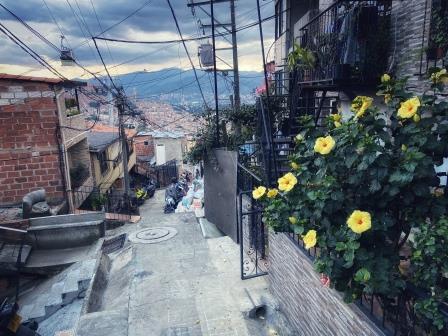 Towards the bottom of the hill we bumped into a guy called Martin, one of the elected elders of the area we were walking through, and we stood there on the steps chatting with him for a while.  We asked him about safety, and he assured us that crime was much less of a problem than it used to be.

Martin was not the only person we managed to have a conversation with during the visit.  We were lucky in that one of us spoke fluent Spanish, so we had the opportunity to stop and chat with some of the locals.

We tried to work out whether there was a word (perhaps something like “Medellino”) that described a resident of the city.  It seemed there wasn’t, or at least no one would admit that there was.  The people prefer to go by the moniker – “Paisa” (literally country folk), a word that refers to people from Antioquia as a whole. 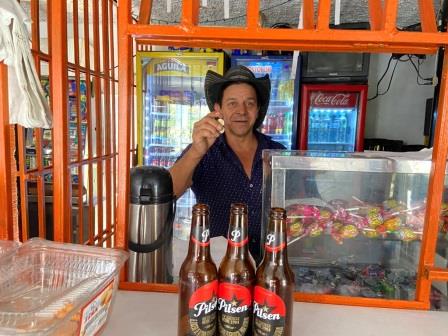 We found all the people we encountered extremely friendly, without being too intrusive or pushy.  They seemed genuinely glad we were visiting and proud that, after all the hardship and suffering, the world is finally starting to discover Colombia.

As I was waiting for my return flight at the airport, a young girl with a clipboard approached me.   She explained that she was working for the Ministry of Statistics. She asked me a series of questions about what I had done in the country, where I had  been, and how much I had spent.

The final question was “Would you recommend Colombia as a tourist destination to others?”   “Yes, definitely”, I replied, “without any hesitation.” 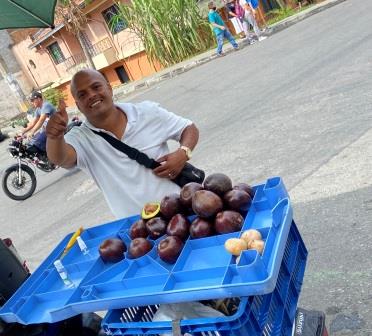 Back to Metro de Medellín