The mural at  Tottenham Hale (Edward Bawden) depicts an ancient ferry boat that used to transport passengers across the River Lea. 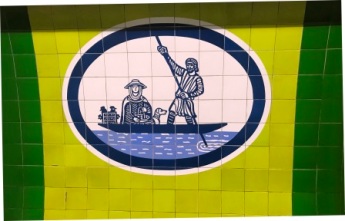 At Tottenham Hale the Victoria line intersects with the Network Rail line heading south into Liverpool Street.  Going north from here the line leads to Stansted Airport and the Stansted express stops for the connection.

Exiting the station, brings us quickly to the River Lea. 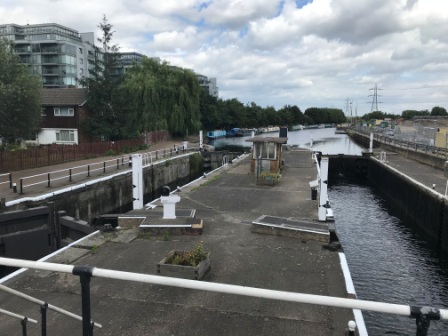 The river is busy with barges and rowing boats on the weekends.  A short walk along the towpath leads us to the Markfield Road Pumping Station Museum. 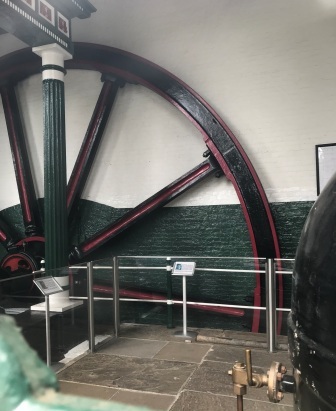 This is a Grade II listed building containing a wonderful old Victorian pumping engine (1886). The engine was created to remove sewage from the river and worked in that role until the 1960s. It has now been fully restored and can still be seen in action on several days throughout the year.

This place feels more like a pub in the middle of the countryside rather than a local just a short walk from a busy London tube station.  It has a pleasant riverside garden and a good selection of beers, including Windsor and Eton Brewery’s Conqueror Black IPA, on tap.