We slept in late the next morning. At about 11am we checked out of the Imperial. We stored our luggage with the concierge and then had an early lunch in the hotel garden.

We took a taxi once more to New Delhi Station and then boarded the 13:30 train for the overnight journey to Varanasi. The bearer in the AC 1st class compartment was a really friendly guy and we were both in a good mood as we joked with the children outside who were selling us candy through the windows.   The train left a little late. 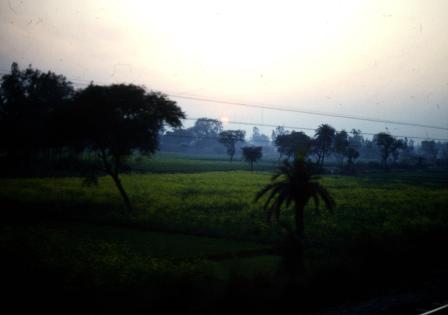 It was quite relaxing in our own little compartment but the scenery outside wasn’t really that interesting at first.  We had snacks of vegetable cutlets mid-afternoon and then later on in the evening we were served with two non-vegetarian thalis that were not really that appetizing.   We had a reasonable night’s sleep and we woke up just as the train was arriving into Varanasi at dawn.

We came out of the station and we were immediately surrounded by cycle rickshaw drivers. We secured our luggage to one of them, climbed in and headed off in the direction of the River Ganges.

It was only just gone 6am when we got to the River, and the dawn atmosphere was really something quite special.   We organised a little river trip and we were taken out on a rowing boat to see a burning Ghat (riverside steps) and then back again. 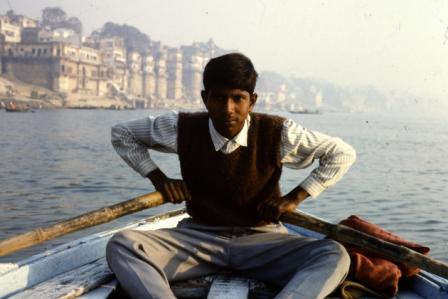 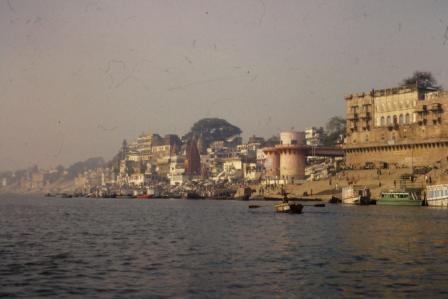 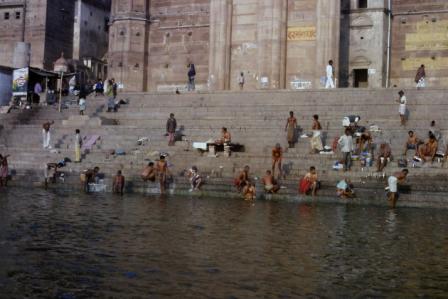 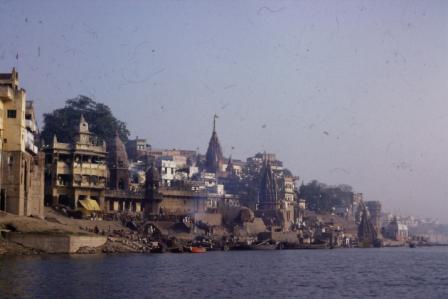 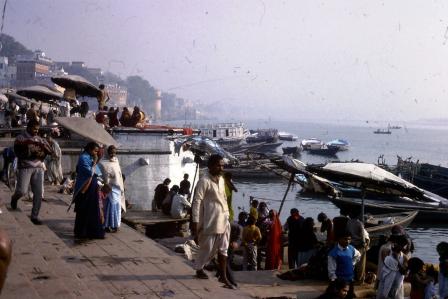 We walked around the town for the rest of the morning. It was colourful and absolutely fascinating.   We found a little restaurant and had a delicious lunch of paratha, paneer and masala dosa. There was a power cut in the middle of the meal but no one seemed to mind and we all carried on eating regardless. 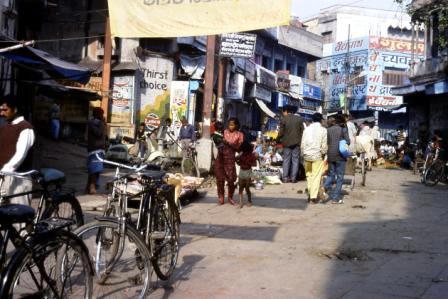 After lunch we negotiated a rickshaw to the Monkey Temple and then took an auto rickshaw back to the station to get our luggage.   We were then taken to the wrong hotel with the rickshaw driver insisting that our own hotel had closed down.  We knew this was an old trick, but it took time to insist we go to the correct hotel. We made it in the end.  After checking in we relaxed in the peaceful sanctuary of the garden at the Taj Ganges hotel.

We dined that night at the hotel enjoying the local specialties and including chicken with  coriander, ginger and masala.

When I woke up the next morning I felt a bit worse for wear.  I had caught a bit of a cold and it lasted for the next week or so.

We had puris for breakfast. We checked out of the hotel and then had another look around the town.  We eventually made our way back to Varanassi station in a very strange taxi driven by a maniac who seemed to insist on always being on the wrong side of the road.

We boarded the train at 14:00 and it pulled out of Varanassi. We were in a nice compartment again all to ourselves.   For dinner we ordered one thali between us and we even struggled with that. 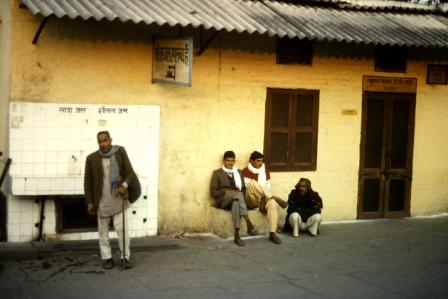 We woke up with the sun pouring through the compartment. The train was crawling slowly through the outer suburbs of Delhi. 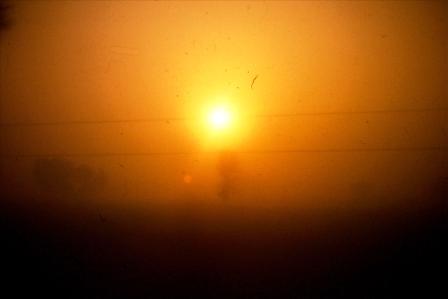 We looked out of the window and saw a lot of people using the railway line opposite us as their morning toilet.  Watching these “track shitters” it was easy to understand how 30 people are killed each day trespassing on Indian Railways.

We eventually arrived at New Delhi at 7am, It should have been 6am but the hour delay didn’t matter to us at all.

We got a taxi back to the Imperial hotel and, once there, I started to feel even more weak.   After a nondescript breakfast in the lounge we checked in and I retired to bed.

I woke up in the early afternoon feeling better and we got a taxi to the President’s Palace. We joined the other Sunday walkers out for strolls along the Raj Path.   It was all surprisingly beautiful and it had a really nice “Sunday afternoon” atmosphere.

We went back to the hotel and enjoyed a quiet night in the room with room service.  We decided to go for western food (a mistake) and got a lukewarm vegetable gratin with some bread rolls and bread sticks as a “punishment”.  To be fair, the bread was delicious.