The mural at Walthamstow Central  (Julia Black) is a nod to William Morris who lived in the town. Morris is commemorated in an excellent museum within walking distance of the station. 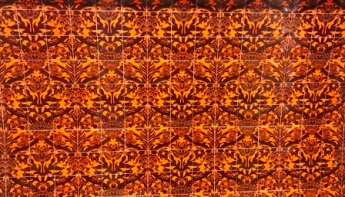 Like the whole of the Victoria line, the platforms at Wathamstow are below ground.  The line connects with the Network Rail Chingford branch here and originally the tube station used the pre-existing surface buildings. 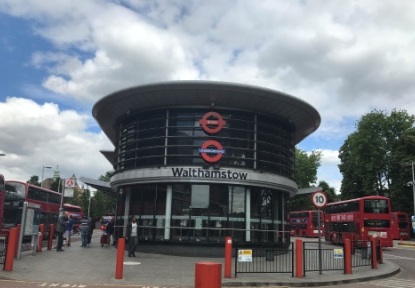 In recent years a more modern building with a bus interchange has been opened on the surface.  There have been suggestions about extending the line eastwards and plans to have it take over the Central Line towards Epping, but as the central section is near capacity it is unlikely the line will ever extend beyond Walthamstow.

William Morris (1834-1896) was the most important designer and art theorist in 19th Century Britain.  But he was more than just a textile designer. He was also a poet, novelist and socialist. 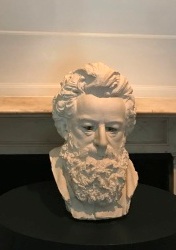 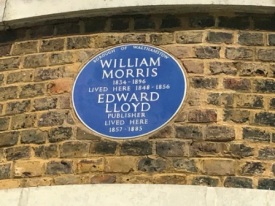 He was born in Walthamstow and spent much of his early life in a house that has now been converted into a fascinating museum of his life and works.  The building can be reached in a 10 minute walk from the station. 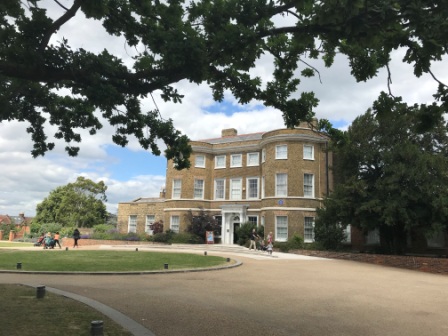 The museum tells the story of his life and showcases a lot of the fabrics and furnishings that were highly popular throughout the Victorian era.  There is also a relaxing garden too. 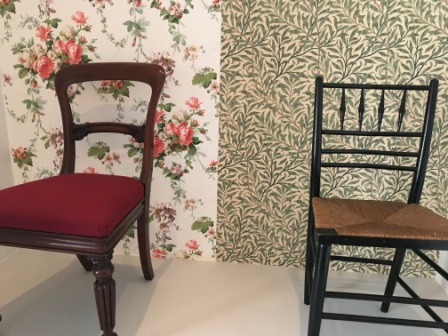 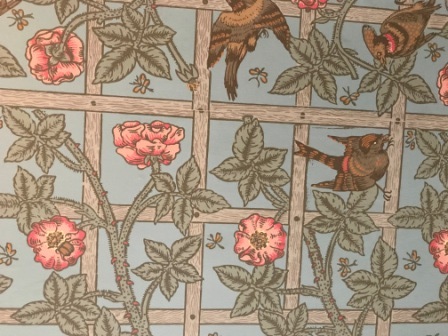 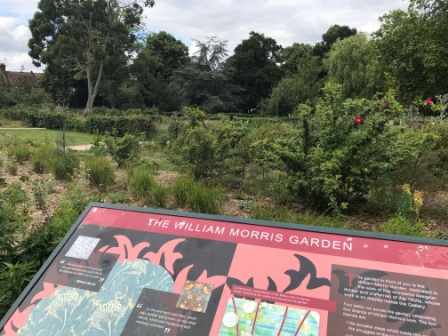 Located a short walk from Walthamstow Central, in the opposite direction to the Morris Museum, is Walthamstow Village.  It is centered around ancient St Mary’s Church and includes timber-framed homes, almshouses and the fascinating Vestry House Museum. 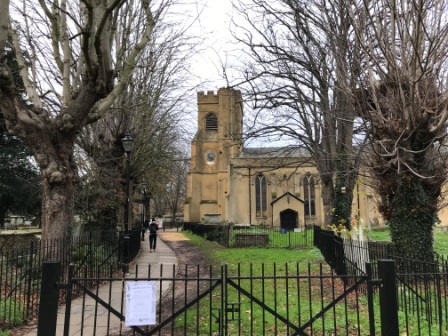 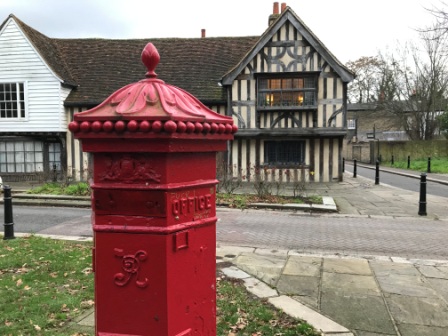 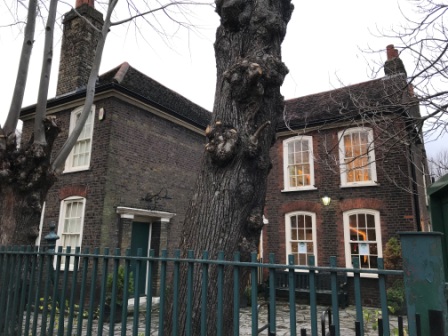 Nearby is “God’s Own Junkyard” – a wonderful collection of neon signs located in an old warehouse.  The gallery features a café. 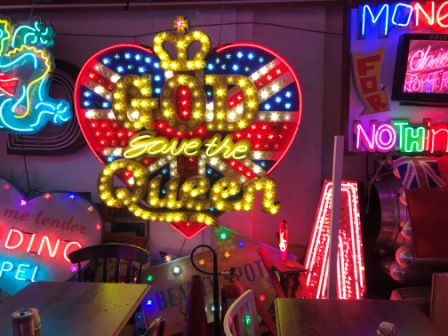 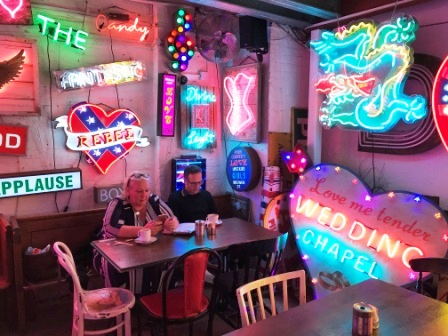 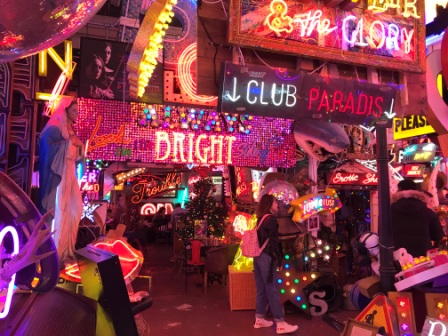 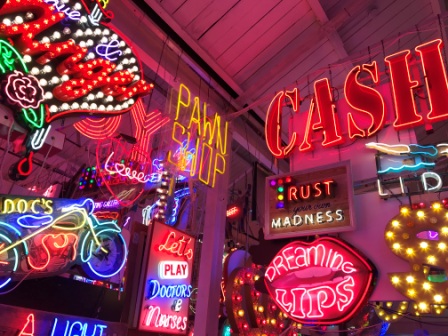 The Pumphouse museum is located between Walthamstow Central and Blackhorse Road.  It is only open on Sundays but it is free to enter.  The collection, housed in an old Victorian pumphouse, includes an old fire station. Pride of place goes to two original 1967 Victoria line tube carriages.  The museum rents them out for film companies and even offers the experience to dine in a tube carriage as well. 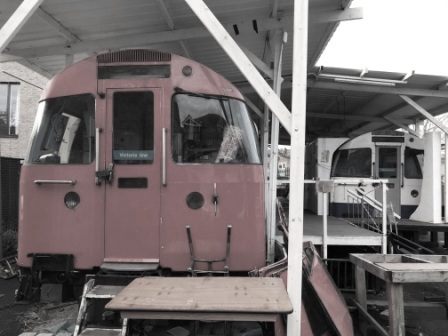 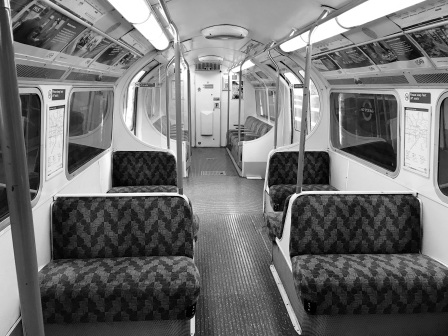 The High Street contains a mix of the usual chains as well as some smaller interesting independent shops. 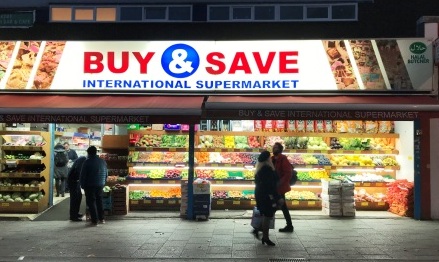 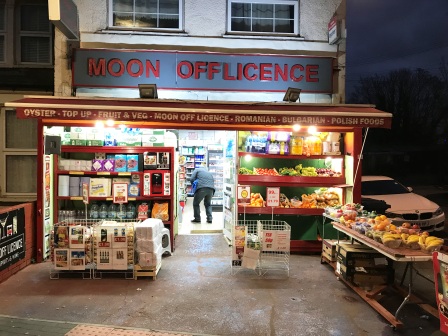 The pub can be found on the way between the station and the William Morris museum.  I have chosen it for the name, of course, but it is worth a visit nonetheless. It is best described as “old school”.  Located on the first floor and accessed by an old staircase, the bar can seem to be a bit intimidating at first, but rest assured, a really warm welcome awaits you if you make the effort. 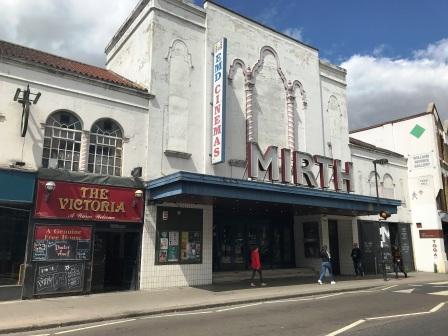 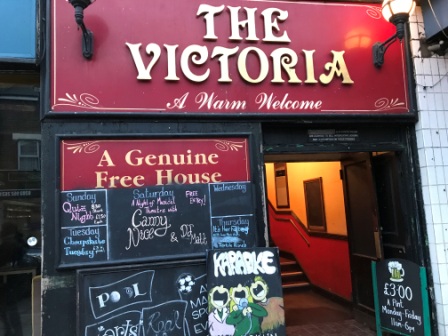 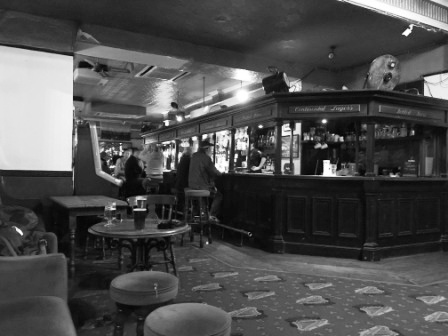 The Wild Card brewery is opposite the Junkyard.  It is open on weekends and offers delicious craft beer named on a playing card theme : Joker Lager etc.. 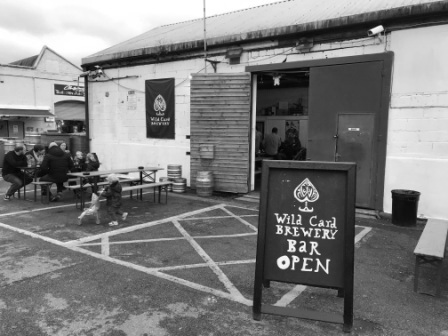 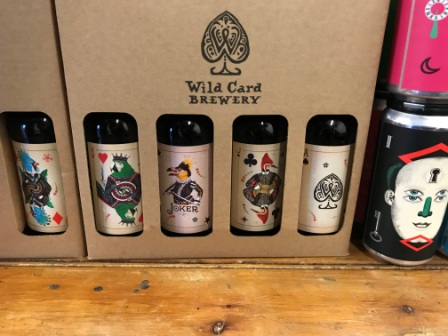