A fascination born at Preston

“Why did you become fascinated by Trains?”

It is a question that my wife often asks me.

Although in her case I think it is sometimes meant as a complaint rather than a real question.

If we have arrived at a large station two hours before we needed to, or if we have woken up at some unearthly hour just to see something that runs on rails, it can change to “Why on earth did you become fascinated by Trains?”

The answer to the question is not totally clear even to me. In order to shift the blame a little from myself I am going to offer you three possible suspects to help solve the mystery.

First up is Thomas. 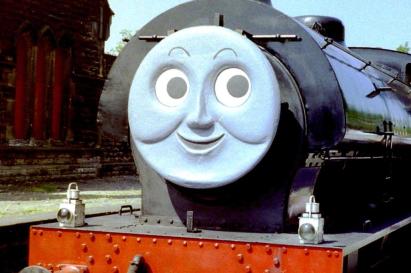 Thomas has a day job as a Tank Engine and he was one of the stars of the “Railway Series” of 26 books written by the Reverend W Awdry between 1945 and the 1972.   The original books later spurned a TV Series and Thomas eventually became an international sensation. Although when I first met him in 1968 he was still in more modest surroundings working a branch line on the imaginary Isle of Sodor.

My mother bought me the first book when I was still learning to read. By the time the last one came out when I was eight I had read them all. Like many children I devoured the stories, I loved all the characters and marvelled at the beautiful illustrations. In fact I liked the stories so much that I wrote to the Reverend Awdry and told him so. To my surprise he wrote back and we actually exchanged two or three letters.

But Thomas alone cannot explain my fascination. After all many children fell under his spell but never gave real trains a second thought. 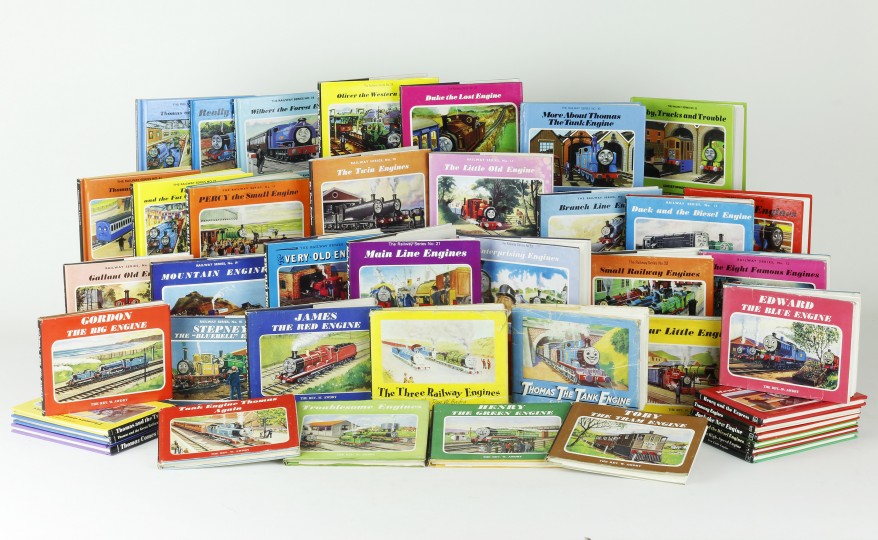 Next we have Jenny.

Jenny Agutter was the star of the 1970 film – “The Railway Children”. It was the second film I was ever taken to see. Chitty Chitty Bang Bang had introduced me to the magic of the big screen a few months earlier, but it was Lionel Jeffries’ film of E Nesbit’s classic children’s book that totally fascinated me.   It just had everything: a captivating story; Johnny Douglas’ haunting theme music; a picturesque Yorkshire setting and some great characters played by fantastic actors including the beautiful Ms Agutter herself.

It also had trains of course. It was filmed on the preserved Keighley and Worth Valley Railway (whose visitor numbers it still boosts even today) and featured a selection of different steam locomotives repainted in imaginary liveries to suit the storyline.

The film came out just at the right time and certainly helped to continue what Thomas had started. 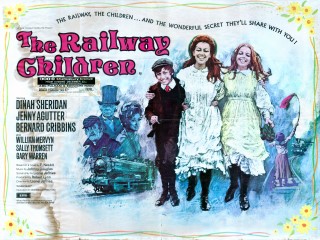 In 1915 my grandmother, May, not yet married to Bill the engine driver, left her job as a cleaner in Fleetwood and travelled north to work in the vast munitions factory at Lune near Lancaster. There she packed TNT into the shells that were destined for the western front in France. She soon became best friends with a girl called Gertrude who was from Norwich (a town over 200 miles away).  The two shared digs in Lancaster together and they became inseparable.

After the war ended in 1918 they returned to their respective home towns, married local men and never met again for many years. But they continued a written correspondence that lasted from the 1920’s into the 1930’s, through another world war and into the 1950’s.

In fact it was not until my grandfather died in 1964 and my grandmother began to receive “railway widow” concessions that they did meet again.  In 1966 May started to make two month-long trips every year from Fleetwood to Norwich.

By 1970 my grandmother had sold her own house and moved in with us. I was an only child and she had become almost like an older sister to me.  One day when she was due to return from Norwich my mother decided to take me to Preston to meet her train and then travel back to St Anne’s together.   My mother’s idea was to do a day’s shopping in Preston and then meet the train at 4.30pm.

We  returned to the station at about 3:30pm, but we were told that the train was already over an hour late and it wouldn’t be appearing until well after 5pm. We were then forced to spend almost two hours watching the trains come and go.

I think I can probably trace my fascination of railways to those two hours.

Preston was an important junction and there was a lot going on.  The sight of the trains fascinated me but it was the sounds they made that really got me hooked. It is perhaps by no accident that many of the enthusiast nicknames for locomotives are based, not on looks, but on sound.

There were “Whistlers”, “Hoovers” and “Growlers” at Preston that day and to my young ears they all sounded magnificent. My grandmother’s train arrived eventually but I didn’t really want to get on it. I just wanted to stay in Preston and watch.

Over the next 4 years we repeated the same basic day every six months. We always went shopping first and we always met the same 4.30pm train.   The early 1970’s were a chaotic period for the railway at Preston. The electrification of the line was slowly being extended northwards from Crewe to Glasgow and delays associated with the engineering work were common.

All this disruption fascinated me and I wanted to observe as much of it as I could. I pleaded with my mother to finish her shopping and get back to the station earlier and earlier. By 1973 she was lucky if she could manage three hours in the shops before returning to have lunch in the station buffet and “enjoy” an afternoon of knitting and train watching.

I believe I have a clear case against the Kaiser.

I would never been anywhere near Preston station on that 1970 day had it not been for the First World War connection.

Can we not just blame him anyway?