Like most people I like to take photographs of my travels as they help to remind me where I went and what I saw. I have photographs of almost all my journeys around the world stretching back to 1984.

Sadly there are 4 countries that I have visited where I didn’t manage to take any photographs at all.  They are all in Eastern Europe.

In 2005, and for a few years afterwards, I was involved a lot in developing business in Eastern Europe. I made visits to Sofia in Bulgaria, Riga in Latvia, Kiev in Ukraine and two places in Serbia. Mobile phones didn’t have cameras in those days, or at least the one I had didn’t have,  and I was too busy with meetings and travelling to do any photography.

I travelled to Bulgaria twice, both times on Bulgaria’s own airline, and focused mostly in the city of Sofia itself. I remember visiting the Cathedral of St. Alexander Nevsky but little else.

I also went to Kiev twice. I flew once on Ukrainian Airlines and once with British Airways. Between attending trade shows I remember Andriyivsky Descent, the most famous street, and I recall staying in a hotel just off the main square that was to become so famous in the subsequent crisis.

I remember we travelled on the city’s Metro and that I thought it rivalled Moscow’s for some of its station design. We saw cathedrals and monuments too, but without photographs or diary I cannot recall what they where.   I remember that about half of the taxi drivers would be friendly to my Russian colleague, but the other half would show their clear disdain towards Russia.  That was another ominous sign of the trouble to come.

I made a couple of visits to Riga in 2005 and 2006. I used the local Baltic airline once and British Airways once. On the first trip I remember making a wonderful walking trip around the city at dusk and standing at the foot of the freedom memorial.

I also remember enjoying a panoramic view of Riga from a restaurant whilst enjoying excellent beer and wholesome food. Riga impressed me a lot. Even in 2005 they were making a lot of progress economically. There was a significant Russian ethnic minority in Latvia too and that often made discussions about politics and Russia a little tricky.

I visited Novi Sad in Serbia. I hired a car at Budapest airport and drove by myself over the border. The reason for the visit was another trade show.  I remember the riverside setting, the town square and eating real Serbian food on one of the little restaurants of Dunvaska street.

Later I flew to Belgrade but had a lot less time to look around. I remember a meal with customers in Skadarlija, the vintage cobbled street in the old town, and walking around parts of the newer town too but little else.

Happily, soon after these visits I did manage to get a phone with a camera and I did take photographs of two other countries I visited a little later; Romania (2008) and (okay – not quite Europe) Kazakhstan (2006).

I flew to both on British Airways.  I actually went all the way to Almaty on a small Airbus 320 with a refuelling stop at Yekaterinburg.

Here are some photographs of the Romanian capital.

They feature lots of old Dacia cars painted up in graffiti. The place had an edgy feel to it but I didn’t feel unsafe at all.

I visited the excellent Peasants Museum.  It tells the story of Romanian peasantry. If it sounds dull, it is anything but. It is highly recommended.

Here are some shots of Almaty featuring some typical street scenes.

A ride on the cable car and the view below

A Church and a Mosque

The city market and surrounding stalls 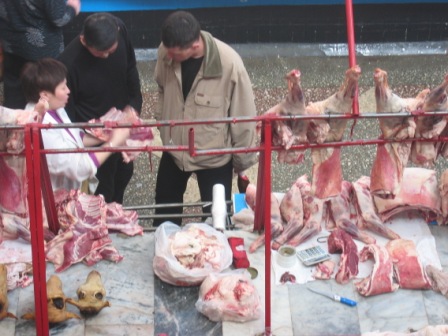 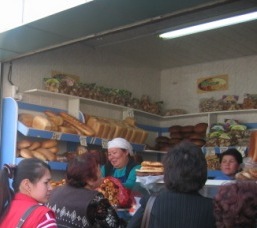