The greater Los Angeles Area has a population of almost 20 million and covers a massive area extending to almost 5,000 square miles. It is one of the largest conurbations in the world.

Los Angeles is rightly famous for its vast urban sprawl.  The sheer scale of the place is truly amazing. Just to give one example; it is over 70 miles from San Bernardino on the eastern edge to the Pacific Ocean at Santa Monica.

Los Angeles is also famous for its extensive network of wide freeways which, in theory at least, makes travelling around the conurbation quick and easy. Many people assume that the freeways are the reason that the city spread out and became dispersed over such a wide area.

But that is not actually true. The scale of Los Angeles was defined long before the first freeway ever opened.

It was actually the “Pacific Electric Railway” that encouraged the population to spread out from central Los Angeles to a wide area.  The city expanded so wide that it eventually swallowed up neighboring towns.

Central Los Angeles also had its own separate urban street car system and as its vehicles were painted yellow it was known as “the yellow car”.

The Pacific Electric started operations in 1901 just as Los Angeles was starting to grow. The system spurred on the city’s growth and soon it had a dense network stretching out in all directions from two separate terminals in downtown LA. The Pacific Electric covered pretty much all of what is now greater Los Angeles.  By 1920 it was the largest electric railway in the world. 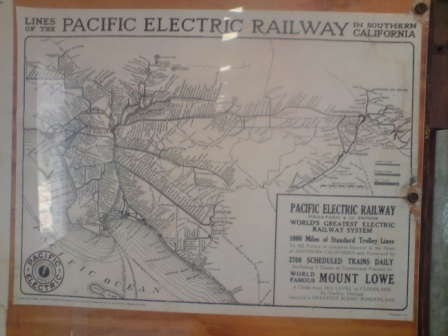 After World War Two the growth of the private car meant the system started to go into steep decline. It contracted quickly in the 1950’s and the last lines ceased operations in 1961.   The film “Who framed Roger Rabbit?” hints at a conspiracy by the car manufacturers to buy up the “red Car” to eliminate competition. The truth is a little more complicated. 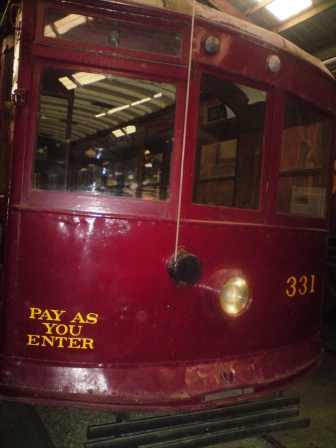 For 40 years after the demise of the system LA relied on buses for public transport. Now the city is investing once again in rail. There is already a network of new subway lines and that system is set to grow a lot more before LA hosts the Olympic Games in 2028.

You can see some of the old red cars at the Pacific Electric museum located in Perris, Riverside County just south of San Bernardino. There is also a short re-constructed Pacific Electric line near Long Beach. Both are well worth visiting.

The first time I visited LA in 1986 I wasn’t sure I liked it much. I didn’t have a car and I relied on the bus mostly to get around. That was probably not a good way to get a favorable impression.   I certainly much preferred San Francisco back then.

Over the last 20 years I have been fortunate to return to Southern California many times. I will admit that it has certainly grown on me. I seem to discover something new every time I visit. I don’t think I have even scratched the surface yet. I would say that LA is one of my favorite places in the USA now; San Francisco doesn’t even come close.

Here are just 13 things that contributed to me changing my mind.

To me there is something absolutely magical about driving around in the sunshine on those impressive 8-lane freeways.

I like driving around alone and I always enhance the experience by listening to “Coast-FM” which provides a great Californian soft-rock soundtrack.

It is also great with others in the car too.  With more than two people in the car you can use the high occupancy lanes to travel faster and, at some of the intersections, higher up in the air.

Driving along iconic Sunset Boulevard and the scenic Mulholland Drive is great too.

A trip north to Pasadena on the first ever freeway, the 1940’s Arryo Seco Parkway with its Art Deco tunnels, is a must. 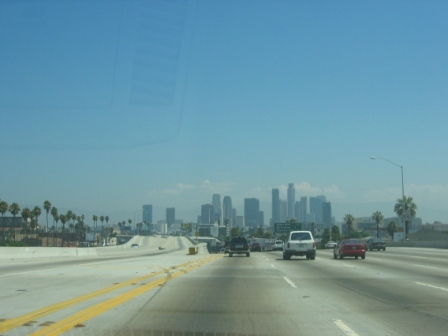 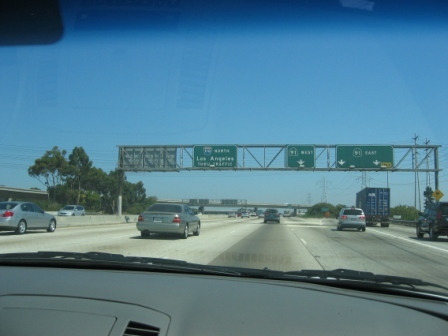 The city has a lot of interesting Victorian and Art Deco buildings. There are great places to eat and shop and the whole place has a laid back atmosphere.

The Colorado Street bridge nearby is quite a famous Art Deco structure and certainly worth walking across. 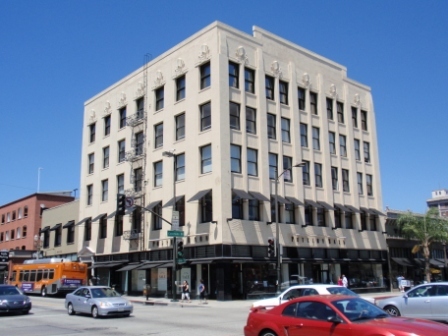 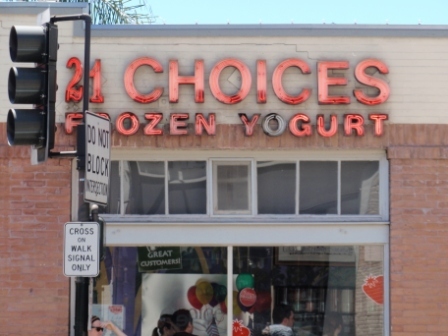 In Los Angeles the sun is shining more often than not and the famous beaches are certainly worth exploring.

Paradise Cove near Malibu with its fantastic seafood restaurant is one of my favorites. The walk from Santa Monica, where a lot of Brits seem to live, to Venice is worth doing too

This is a Roman-style house that was commissioned by J.P. Getty (who made all his money in oil).   It features Greek and Roman art and has fantastic views of the Pacific Ocean. It is tranquil and very relaxing. Admission is free.

The “Grove” is just a large shopping mall really, but it is tastefully done and fun to walk around. It is next to the 1930’s Farmers Market which is authentic and features lots of food stalls and excellent places to eat. 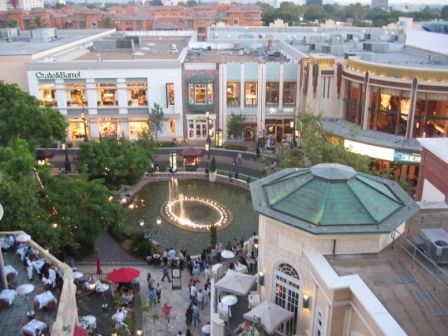 Wonderful delicious bread and imaginative sandwiches. Although these days the products are sold in UK supermarkets too!

The Museum has an amazing hill top location (nowhere near the villa) overlooking Los Angeles and it features paintings from all the European and American masters as well as temporary exhibitions on different subjects. It is simply massive and you can easily spend a day here.  In fact I did.

There is a lot to choose from.

Both McDonald’s and Burger King originated in the area, but there are also some lesser known classic fast food chains that have not spread around the world.   In-N-Out Burger is outstanding and quite a lot of people are actually obsessed by it. All the outlets are directly owned and the family refuses to franchise. The branch near LAX airport means you can combine plane watching with burger munching. 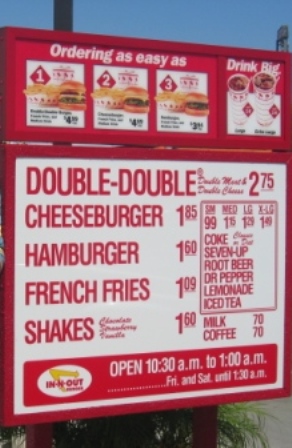 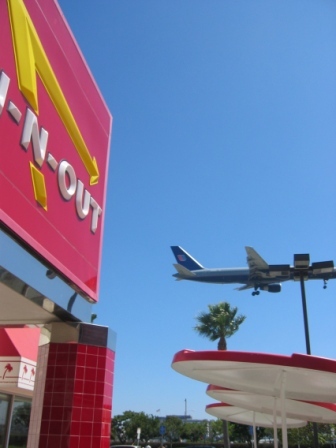 “Tommys” is the place to go for Chilli burgers

The French Dipped Sandwich (a beef baguette served with a kind of bouillon) was invented at Coles,  a restaurant housed in the former Pacific Electric terminus.

Grand Central market, located in the re surging downtown area, is crammed full of stalls selling a myriad of world food. The Latin American stuff is particularly good. The atmosphere, particularly at lunch time, is fantastic.

This short but interesting funicular railway in downtown LA is worth a ride on.

NB – Possibly closed for safety reasons at the moment. 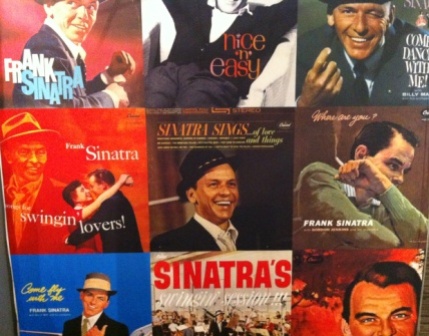 All the major studios do tours but I liked this one the best. It actually has more of an emphasis on TV than films and you get a real understanding of what it takes to create TV show by visiting the real sets.

The tour guides are not allowed to point out any of the film stars you may walk past, but they do confirm who you have “seen” at the end of the trip. I managed to miss 5 of the 6 famous names we had apparently seen. 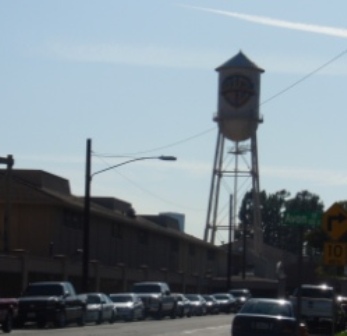 There are lots of places in easy reach.

A particular favorite of mine is to copy the characters in the film “Sideways” and head up to the Santa Barbara wine area.  The countryside is beautiful, there are opportunities for lots of great wine tasting and there is a bit of Danish influence there too. 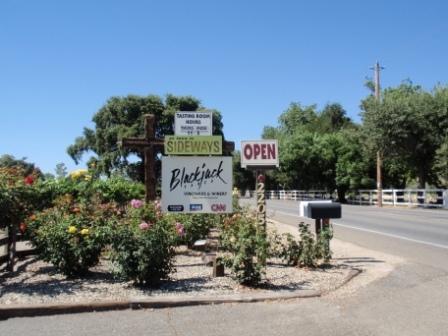