A visit to Santiago and Valparaiso

In 2012 I flew into Santiago as part of a side trip from Sao Paulo.  I spent a Saturday and Sunday night there before meeting a customer on Monday morning and flying back to Brazil on Monday afternoon.

I flew into Sao Paulo direct from London and felt relatively fresh.   I had a nice breakfast in the American Airlines lounge and then boarded the 10am LAN Chile 767 to Santiago.

I arrived at Santiago airport at about 1pm local time and, after throwing my bags into the hotel, I headed out to see the city.

My first stop was the central market.  It was housed in a lovely old iron building and was packed full of fish stalls and seafood restaurants. I had a good look round and then decided to have an early dinner. I plumped for a local delicacy, razor clams in parmesan sauce,  followed by sea bass and I washed it all down with a local Chilean Sauvignon Blanc.

For dessert I headed out to a local bar. The speciality was cheap wine with ice cream floating on the top.  A nice idea, a very cool atmosphere and a really neat place. 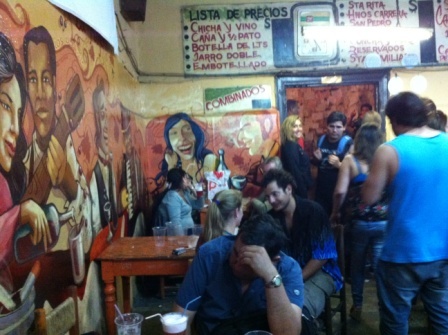 Santiago has some cool old buildings including not least the Presidential Palace.  I had studied some Latin American politics and I remembered the story of poor old Allende. He was deposed (with CIA help) in 1973, killed in the Palace and replaced by General Pinnochet. I wrote a few essays about Allende so it was nice to see they had a statue of him centre stage now.

The cathedral was quite unusual in design and was pretty stunning inside. 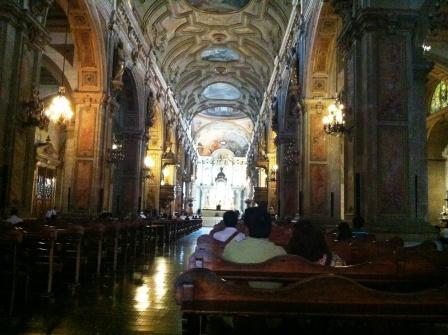 There was also a lovely park on a hill where you could get a wonderful view of the city with its backdrop of the Andes. 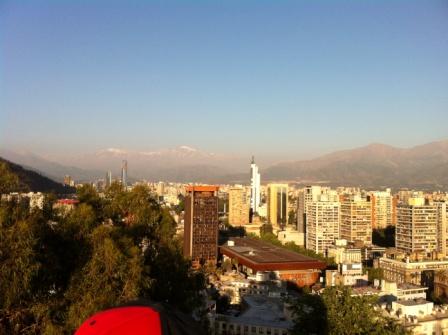 I finished my brief tour of the city with a walk around Bellavista. A really cool neighbourhood full of little bars and people enjoying themselves on a warm summer night.

Next morning I headed to the local bus station and, using my best Spanish, managed to get a ticket on the next bus to Valparaiso.

It was a 70 mile, one hour and forty minute trip, to the coast and the route took in some amazing scenery through the Chilean wine growing area.

Valparaiso itself was just superb.

It was, not surprisingly, UNESCO listed. It had a stunning setting on the Pacific and featured tons and tons of little houses built on the hills that surrounded the city. Most of the houses had tin cladding and were painted in various vibrant colours.

There were hills everywhere and most of them were accessed by cliff lifts. The city had 42 separate lifts and many of them were over 100 years old. Sadly many were no longer working, but they had been kept in situ and painted in beautiful colours to match the houses. 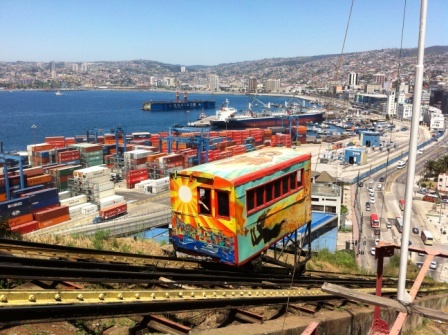 The place was just full of colour. 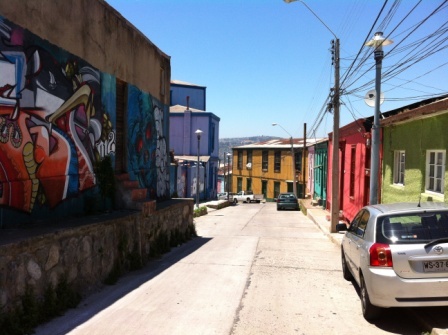 I headed up and down a few hills and found a  little café to have a beer and admire the view. 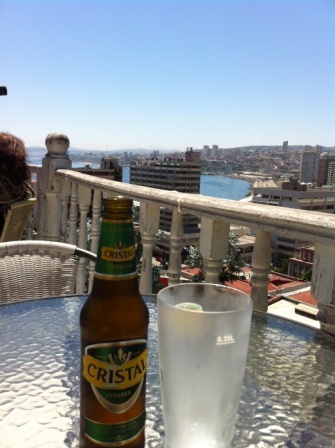 After that beer I just wandered around the streets admiring the colours and taking in the atmosphere.  The place had a nice and cozy feel but at the same time it felt a little edgy and in some places almost dangerous. It is quite hard to describe but it was quite a unique place to visit. 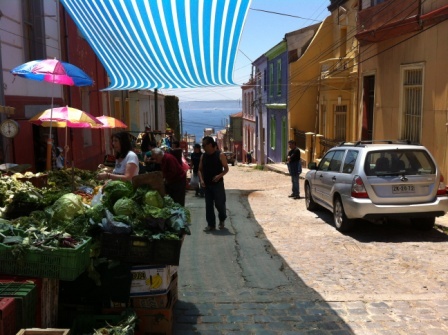 After several hours of wandering about  I opted for a very late lunch.

I had had heard that Chile made some decent seafood stews. 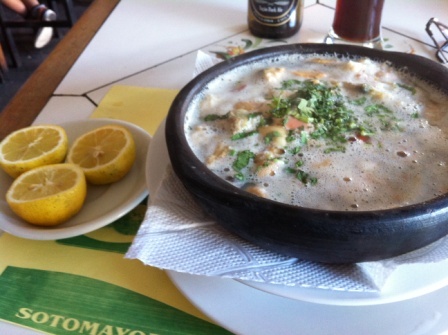 Sadly, this wasn’t one of them. I spent the rest of my visit sitting on the beach relaxing whilst trying to avoid the shits.

I spent an uncomfortable 10 minutes in the beach toilet before heading back to the bus station. With 90 minutes on board in prospect I had my fingers crossed that I wouldn’t disgrace myself in front of my fellow passengers.  Luckily  I was okay. 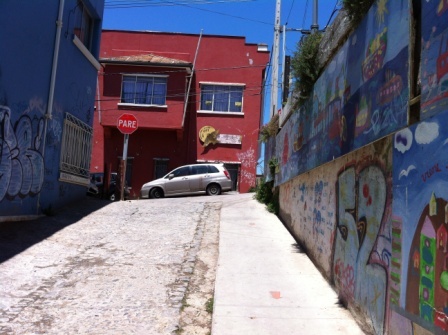 I checked out of the hotel and headed out on the subway to meet my customer. I was surprised to see how busy the subway was. It was just like Tokyo with pushers trying to  get people in the carriages. I had my wheel bag with me and I struggled to stay straight inside the crush loaded carriage.

Nevertheless, I arrived at the client on time and had a very productive meeting with some very nice people. In fact, all the Chileans I met on that trip came across as relaxed and very friendly.

I jumped in a taxi and headed for the airport just in time for the flight back to Sao Paulo.