Settling back in Tokyo

In March 1992 JR introduced a brand new service on the Tokaido Shinkansen between Tokyo and Shin Osaka.   They called it the “Nozomi” or “hope”.   It was said that the name was a nod to the bad economic times Japan had been going through and a desire that things would get better soon.

The “Nozomi” service was scheduled faster than the existing “Hikari” trains. The Nozomi would link Tokyo and Osaka in 2 hours and 30 minutes which was a saving of  30 minutes. Eventually the Hikari would be relegated to play a supporting role.

To operate the new service JR introduced a brand new type of train set, the third generation on the Tokaido Shinkansen,  the 300 series. The new trains were capable of 270km/h and, with their sleek rounded nose and lower profile, they looked completely different to anything that had gone before.

After a year of limited service between Tokyo and Shin Osaka, the Nozomi was extended to Hakata in March 1993 and went hourly.

As we moved to Tokyo in February 1991 we also had a lot of “hope” for the future. We faced a number of challenges but we overcame them together.

First we found a little 2 room flat (1 room with a dining room and kitchen) to let in Nishi Shinjuku. It wasn’t much of a place but it was clean, modern and in a superb location; Shinjuku station was just a quick bus ride or a 20 minute walk away. We invested in an air conditioner and made ourselves comfortable. It was to be our little home for the next three years.

We both found jobs quickly, but it took me a while to find the job I wanted working in a real Japanese business environment. In the meantime I worked back in English teaching in a job an old friend found for me. I toured the suburbs of Tokyo and taught the executives of the large Japanese companies. Although I was still desperate to enter the world of Japanese commerce myself, my final ever teaching job was by far my favourite.

Eventually though after a lot of perseverance I got an interview at a Japanese bank and got a job in the international division. I had finally become a real salaryman (almost) and I bought a new suit to celebrate.  I fell into a new routine of leaving the flat every morning at 7:30am and catching the Chuo line to Akihabara. My work at the bank was quite varied and interesting at first and, best of all, it involved interacting the whole day in Japanese.

Back in Shinjuku we had a neat little neighbourhood full of nice pubs and restaurants to explore. We developed a list of favourite places. A little steak and rice place near Nakano Sakaue was near the top of the list.

We also got into a little routine of doing the weekend shopping at the local supermarket at the weekends.  For all intents and purposes we were living as a married couple.

We had a great social life in Shinjuku and were surrounded by a great mixture of old and new friends. Some were Japanese and some were foreigners. We had friends visiting from Yamaguchi too.

We hosted a lot of parties and we specialised in buying lamb joints from the American store and roasting them in our tiny oven. After a typical English Sunday roast we would all relax and watch videos.  I had a regular supply of the latest BBC comedies being sent by my parents.

There was always something going on. Two of our friends worked as teachers at an air stewardess training school and whenever their students passed and were accepted for airlines there were parties to go to. We became semi-regulars at the Sunday champagne brunch at the luxury New Otani hotel too.  We used any excuse to have a party there.

We also managed to travel out of Tokyo a bit too.

We also travelled down to Mie on the Kintestsu line from Nagoya and saw the Ise shrine and the Mikimoto pearl divers. 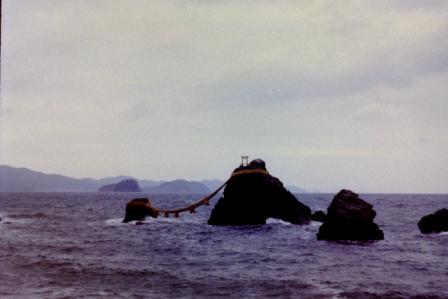 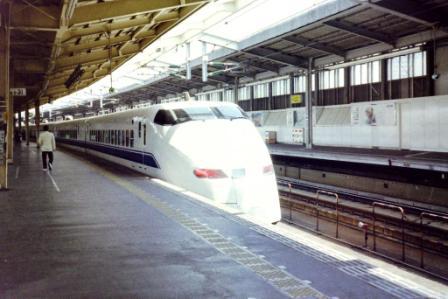 I have many great memories of this particular time in Tokyo. It was definitely the happiest I had been anywhere since I had left the UK in 1986. Nevertheless, as time went on it became clear that in order to progress my career I would have to leave and return to the UK.

The bank had been a great stepping stone but I knew I couldn’t progress there. My partner too was keen to try living abroad more.

Towards the middle of 1993 we made a decision. We would get married around Christmas and then make plans to go back to Britain early in 1994.

In the end we got married on Christmas Day (which was not a holiday in Japan) at a registry office in Shinjuku and then celebrated afterwards with a real turkey dinner at the flat with lots of friends.

Knowing that I was nearing the end of my time in Japan I hired another video camera. I made a third film of my travels with a special emphasis on Christmas. 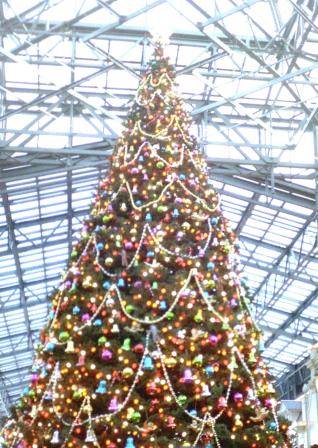 We travelled down to Yamaguchi, again on the new Nozomi, for the New Year’s celebrations with my wife’s family and our other friends. It was a memorable trip and quite an emotional occasion.

Back in Tokyo we started to make our final preparations. My wife got a visa from the British Embassy, we gave in our notice at our jobs and we attended a round of 3 or 4 farewell parties.

By February we were ready to set off on our honeymoon.   Our trip would take us first to Thailand for a few days and then on a 3 week tour of India before heading directly home to the UK, and to whatever life had for in store for us there.