In my opinion the German ICE (Inter City Express) trains are vastly superior to their French TGV counterparts.  I have used them on many occasions during holidays and on business trips to Germany.  I have always found them to be extremely comfortable and very spacious.

We made our first brief trip to Germany in 1998 when we paused in Cologne on the way back from Italy.  The next year we went back to Berlin for a few days on the way to the Czech Republic travelling on the ICE train for the first time.

Our first real extended holiday to Germany was in May 2000. We drove to Celle and spent a few days there looking around the surrounding area as well as visiting the “Expo 2000” exhibition in Hanover. I had already made several business trips to the area and I knew it quite well.

From Celle we went through the beautiful Harz Mountains, famous for its narrow gauge steam trains, and into former East Germany and eventually to the beautiful city of Leipzig.

We came back through Coburg and then negotiated the “Romantishe Strasse”, a string of beautiful villages including the delightful Rottenburg Tauber,  before finishing our trip in the beer gardens of Munich. 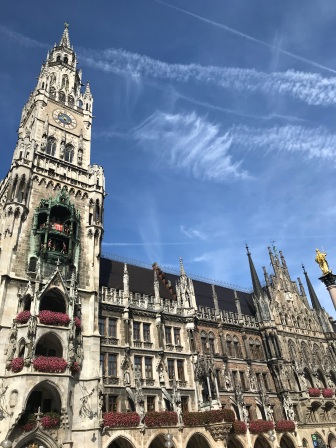 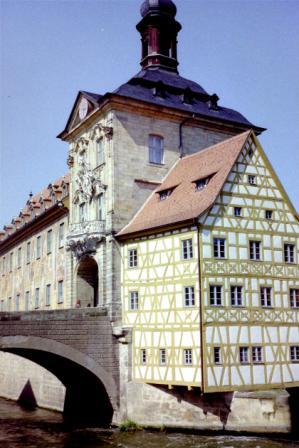 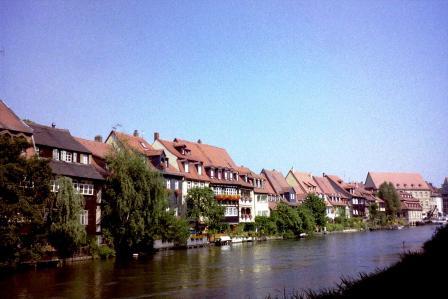 We had a great time driving through Germany. Germany was not on the list of most British people’s holiday destinations, but we found the place fascinating, the people friendly, the beer wonderful and the food delicious. 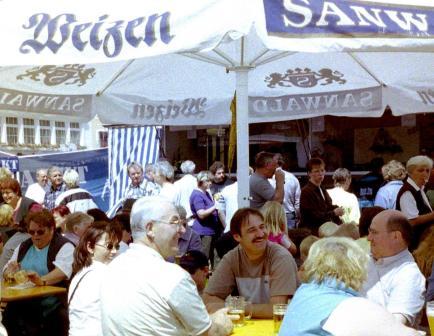 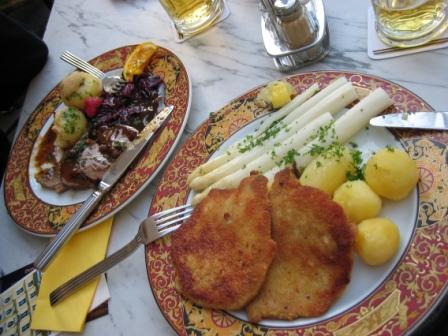 We were particularly impressed with the “Spargel” season, where many German restaurants offer special menus in May that feature the newly picked Asparagus. 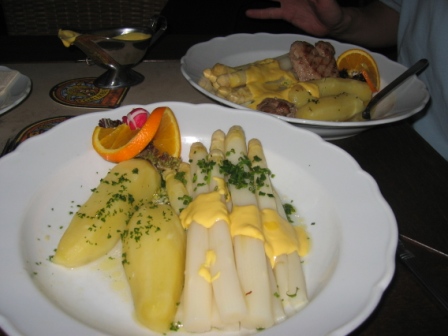 My wife loved the wonderful strawberry cakes too. 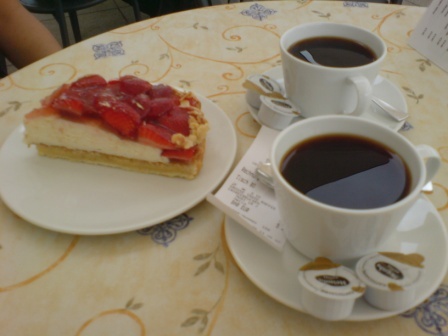 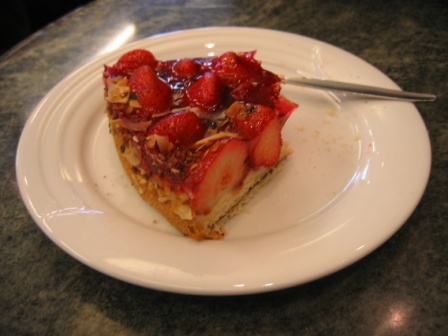 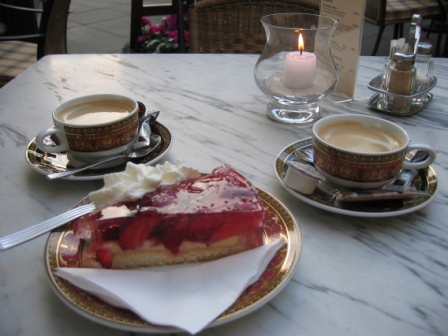 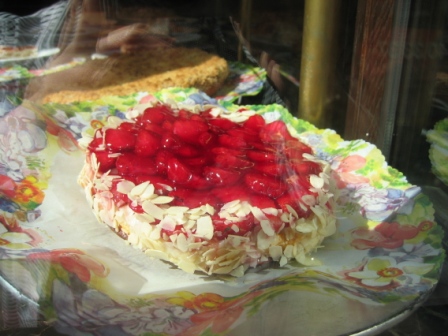 And not forgetting the fantastic bread ! 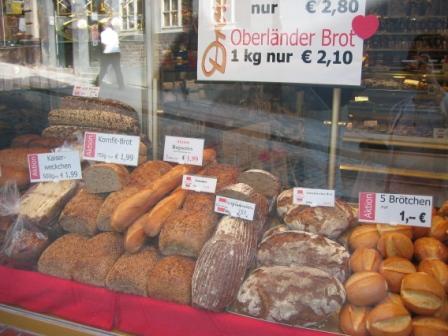 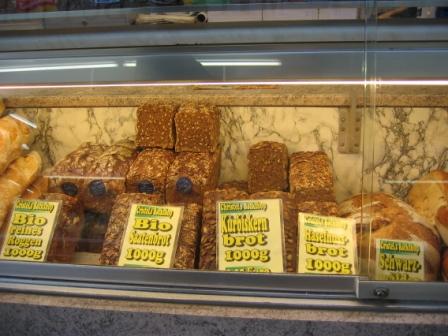 The next year, 2001, we drove again to Germany in May. This time we combined the trip with a visit to Colmar in France and spent several days relaxing in the area around the Black Forest whilst staying in Freiburg.

By this time I had started to learn German because I was doing a lot more work in the country. I had hired a German teacher, Klaus, and he visited my house every Tuesday for one-to-one lessons. I was making good progress and our private trips gave me fresh chances to practice. 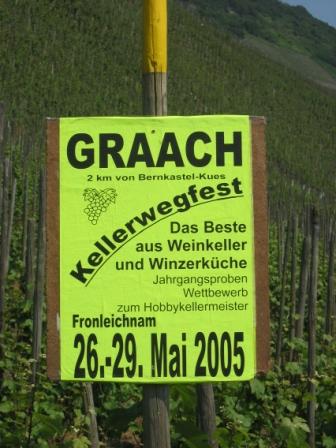 In May 2002 we flew to Friedrichshafen and hired a car. We toured southern Bavaria, before returning via Munich and spending time around Meersburg on Bodensee (Lake Constance). It was while we were in a pub in Meersburg that I overheard a conversation about a British twin town organisation. When we returned to Sevenoaks we decided to join the German twin town organisation ourselves.

The German twin town for Sevenoaks was Rheinbach and it was located near the old capital, Bonn, just south of Cologne. 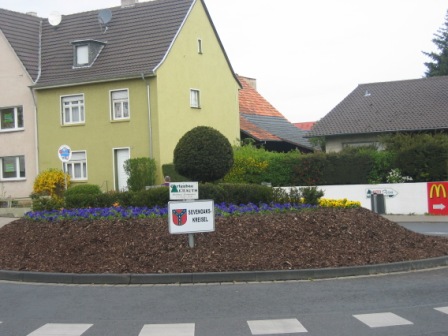 In November 2002 we first met about 30 residents of Rheinbach when they visited us in Sevenoaks. There was a set pattern for the visits which always took place over a weekend. The visitors would arrive by bus on the Thursday afternoon and then, after a welcome afternoon tea, they would be distributed to their host families’ homes.

On Friday there would be a group tour to somewhere cultural, such as Greenwich or Canterbury, and then Saturday would be a free day with a big party at a suitable venue in the evening. The visitors would then leave in the morning on Sunday for the long trip back to Germany. 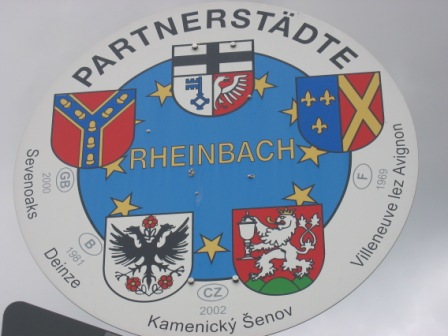 The same pattern applied to the trips to Rheinbach. Although it seemed that most of the English visitors drove to Germany In their own cars.

The next year, in May 2003, we drove to Munster and toured the “Water Castles” in the surrounding area.

Then we visited the fascinating museums of the industrial Rhur before spending the weekend in Rheinbach with 30 other visitors from Sevenoaks.

In May 2004 we called in at Berlin and Dresden on the way to Poland again travelling by ICE train. 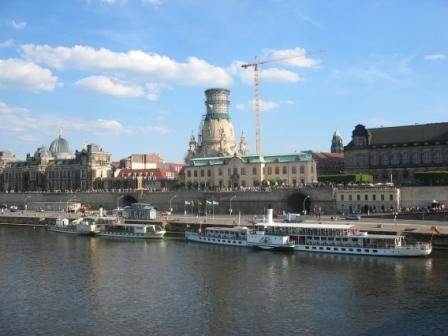 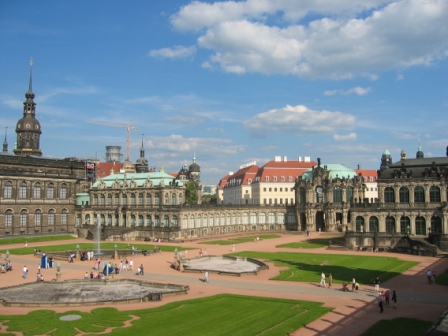 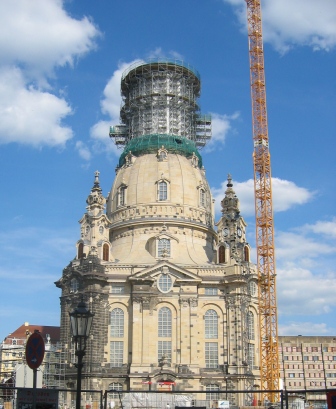 In December 2004 we flew back to Rheinbach for a few days and experienced the wonderful Christmas markets of both Rheinbach itself and nearby Bonn.

In May 2006 we drove first to Bremen for a look around before we went on for our third trip to Rheinbach.   On the way home we visited the Mosel valley. 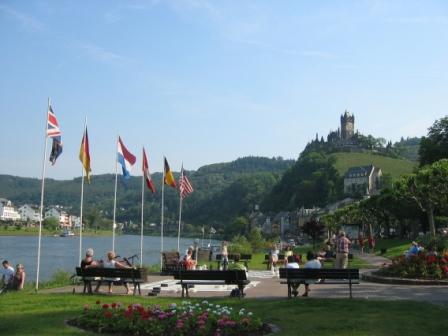 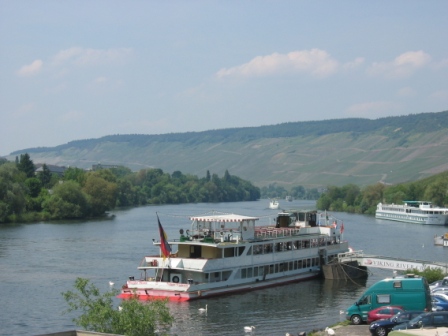 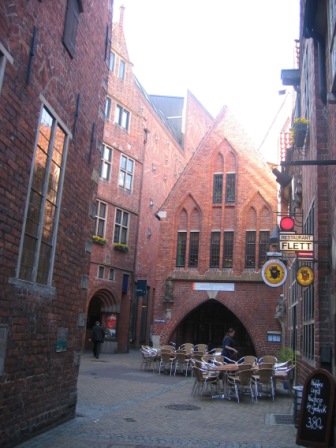 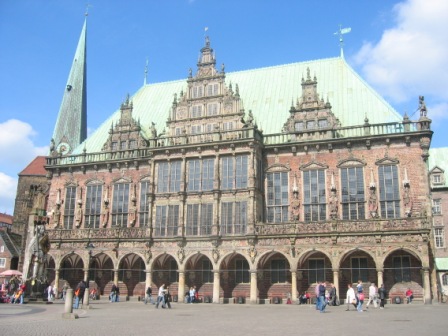 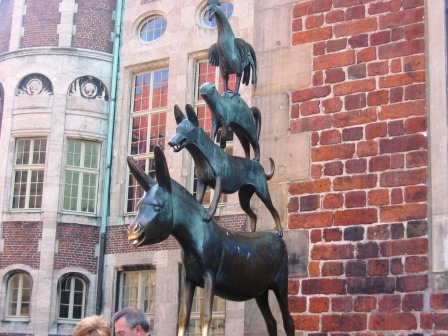 In May 2007 we flew to the, surprisingly beautiful, city of Stuttgart and spent a lovely weekend there.

By 2008 my business trips to Germany had started to decline and, increasingly short of time to study, I stopped the language lessons too.

Our trips to Germany are no longer as frequent as before, but we can certainly say that we have seen “all four corners” as my German teacher had taught me to say in German. 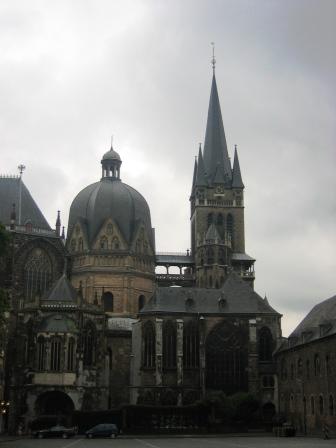