The mural at Oxford Circus   (Hans Unger) is an abstract design and represents the three underground lines that meet there. 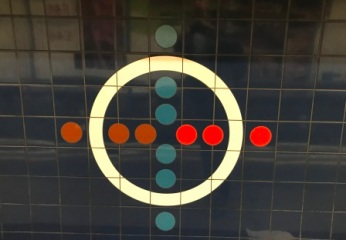 The Victoria line provides a very useful cross platform interchange with the Bakerloo line at Oxford Circus.  This is especially convenient for passengers heading from Paddington to Victoria.  There is also a, more complicated, connection with Central line.

Just around the corner from Oxford Circus tube station is the Palladium theatre.  Strictly speaking the Palladium is not Victorian as it was completed as late as 1910.  Nevertheless it is one of the best examples of the type of grand theatres that sprung up over London in the Victorian era.  It was redesigned by Frank Matcham who was one of the most famous theatrical architects of the time.

The Argyll Arms (1868) is a Grade 2 listed pub opposite the Palladium which was completed much later. It has one of the most authentic Victorian interiors of any pub in London, complete with snob glass and it is divided into snug sections. 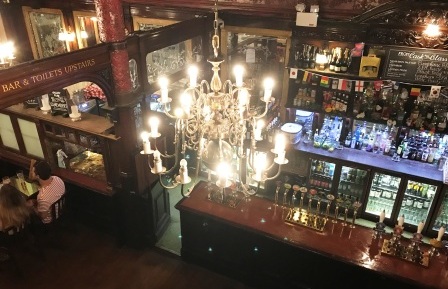 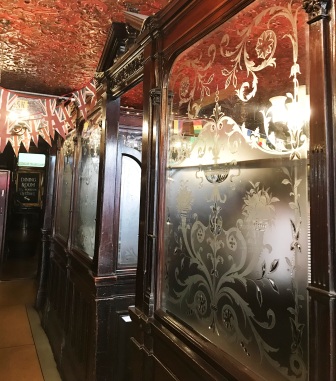