The mural at Victoria (Edward Bawden) is a silhouette of Queen Victoria herself.

Victoria served as the southern terminus of the line from 1969 until 1971.  There are still sidings here for the trains to terminate into but they are no longer used in regular service.  There is a connection with the District and Circle lines closer to the surface and of course to the main National Rail station.

The main line railway station was named for the Queen in 1860. Victoria is also remembered in a little square: Victoria Square, close to the station.  Victoria Street is also the name of the thoroughfare connecting the station with Westminster.

A little way along Victoria Street is one of the most significant religious buildings to have been designed in the late 19th century.  Westminster Cathedral, begun in 1897, is constructed in a style heavily influenced by Byzantine architecture.  The building which serves as the mother church of Catholicism in the UK, wouldn’t look that much out of place in Istanbul. 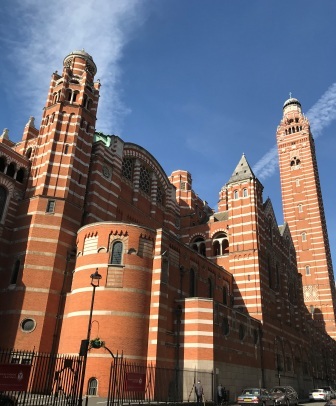 Throughout the exterior, the lavish introduction of white stone bands in connection with the red brickwork (itself quite common in the immediate area) produces an impression quite foreign to the British eye. 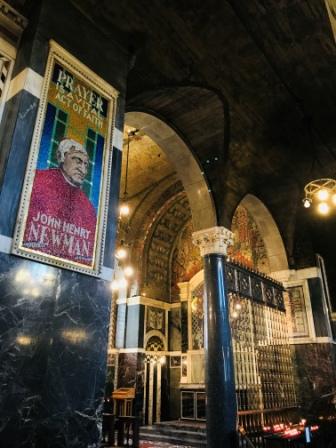 A great Sam Smith’s pub located just around the back of Westminster Cathedral.  It is another beautiful example of a Victorian pub separated into small sections by “snob glass”.  It has a suitably royal name too.